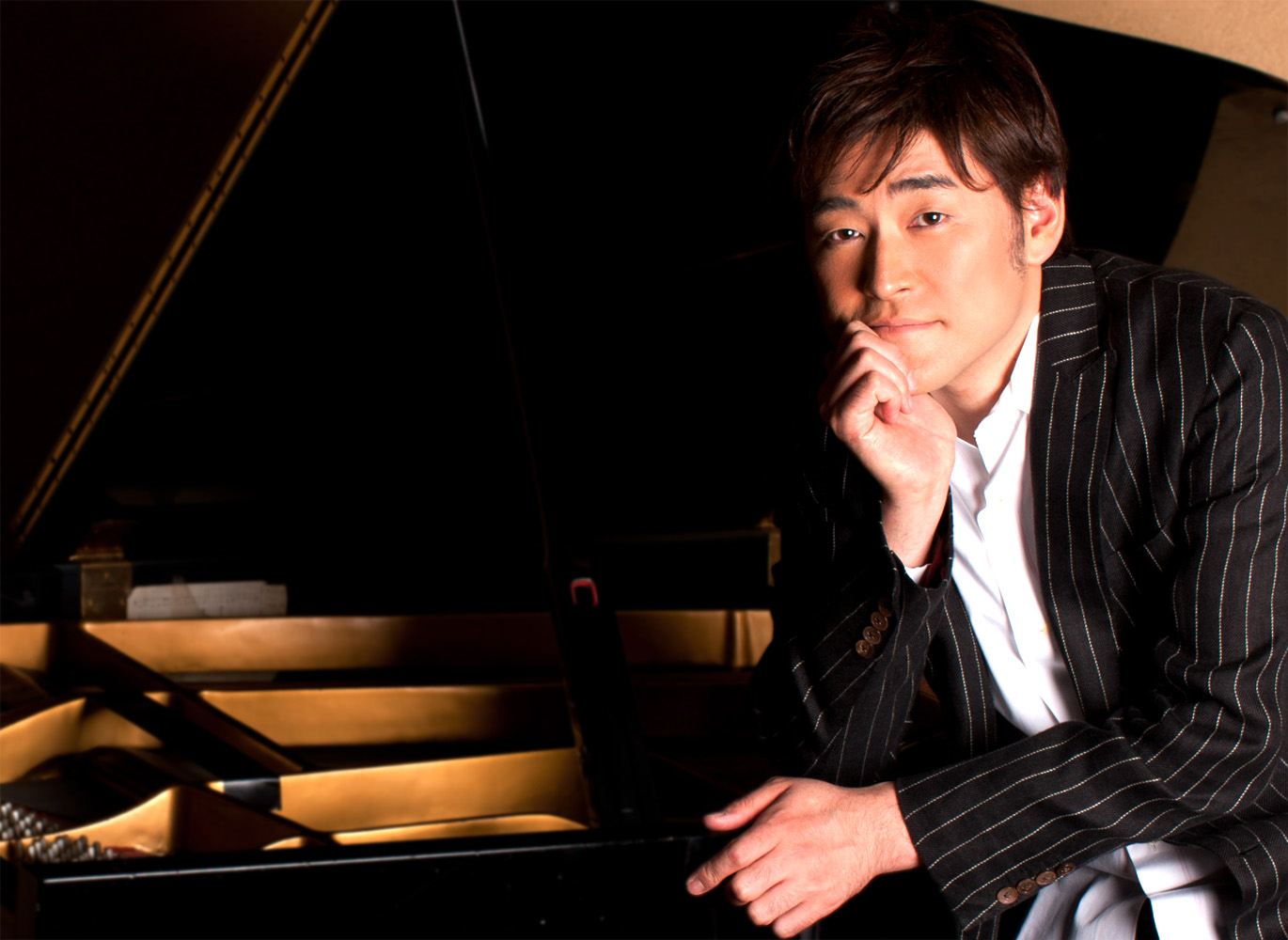 Enjoyed playing piano at the age of 4 and started composing at the age of 5. By the time he was in Junior High, his musical interests turned to jazz, as well as pop and film scoring.

When he was a freshman in high school, he took part in an audition for Berklee College of Music in Boston.Then he received the Gary Burton scholarship. While studying there, he got "the Berklee Jazz Performance Award" and graduated Berklee College of Music.
After returning to Japan, he won the third prize of "Heineken Jazz Competition". He then started his professional carrier as a pianist who emphasizes "simple and warm melodies", after his experience as a jazz pianist.

He has released eight albums including his master piece album "be…"(PONY CANYON), in 2005. Two songs from this album are arranged by David Benoit and recorded in Los Angeles. He has also been composing music for J-POP,Play, Animation and TV programs.
He has performed with Susan Osborn in Japan and U.S.A., and collaborated with her on several recordings. Also his works has been got a lot of attention in Korea.

He started new projects "Very Merry Orchestra" with brass members who were alumnus of Berklee College of Music in 2009. They have released two recordings.
He also release Piano Solo Album "Looking up the sky" in 2011.

He is engaged in activities world-wide as a jazz pianist and composer.